Shadow Work began its development in the 1980s through the skill and ingenuity of Cliff Barry, who was inspired by his experiences in the early days of the ManKind Project. He collaborated in the early days with Mary Ellen Whalen, Erva Baden and Dmitre Bilgere. As time progressed, they integrated their approach with other disciplines such as Gestalt, Voice Dialogue, Accelerated Learning, Grovian Metaphor Work, Bio Energetics, Family Systems Theory, addiction recovery and personality typing systems such as the Myers-Briggs Type Indicator and the Enneagram. They are indebted to the pioneering work of Robert Bly, Robert Moore and Doug Gillette, David Grove, Ron Herring, Hal and Sidra Stone and John Bradshaw.

Nicola and John first came across Shadow Work when attending a personal and spiritual development conference in Colorado in the early nineties. John attended a two-day men’s Shadow Work session led by Cliff. “I came away from that completely bowled over,” he says, “I did a piece of work and I absolutely loved it! It filled in many gaps for me and I thought, I’m going to do that and bring this to Europe.” He then attended the Shadow Work facilitator trainings in Wisconsin and Colorado during 1994/5.

By the time they encountered Shadow Work, John and Nicola were leading seminars called The Art of Living (“For those who want to change the world but can’t get it together to do the washing up!”) as part of the community where they had met. And John was already running men’s events in the UK.

In 1996 they were invited to lead a session in Germany, and this began a series of bi-annual sessions there, which lasted many years.

They moved to their house in Broadway, Worcestershire, in 1997. In 2001 craftsman John upgraded an outbuilding to create their seminar room, where they currently hold trainings and coaching sessions.

In 2003, Nicola was invited to Latvia to deliver a women’s Shadow Work session with a colleague. Some of the women who attended were from Moscow. Since then, John and Nicola have trained, mentored and guided a new wave of Russian facilitators who now deliver the work across several regions of this vast country. Shadow Work is now officially recognised in Russia by the Jungian Institute of Psychology.

Over the years group sessions were also delivered in the UK, Hungary, Germany, France, Denmark and Turkey, and these have inspired a flourishing community of European Shadow Work facilitators, all primarily trained and mentored by pioneering couple John and Nicola. As a result, Shadow Work sessions are also being delivered by a new generation of facilitators in Belgium, France, Germany, Switzerland, Sweden, Ukraine, Latvia, The Russian Federation and Kazakhstan. 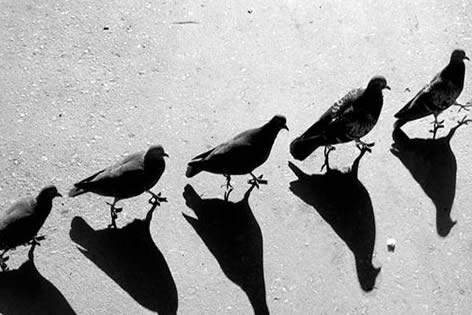